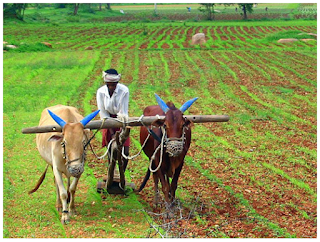 Agriculture or farming is the cultivation and breeding of animals, plants and fungi for food, fibre, biofuel, medicinal plants and other products used to sustain and enhance human life. Agriculture can also be defined as a branch of science which deals with crop cultivation and animal keeping. Crop cultivation is also called arable farming and the keeping of animals is also called livestock keeping or livestock husbandry. Agriculture is categorised as a primary activity since it involves the production of raw materials that can be used by other industries.