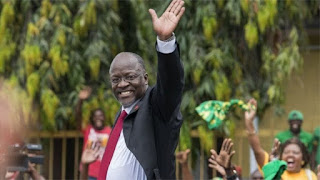 The main opposition parties, however, have already rejected the results of Wednesday’s election, claiming they were rigged. It was an election in which Magufuli was vying for the top spot with 14 other competitors. The results confirmed Mr. Magufuli from the Revolutionary Party getting the opportunity to serve in that position for the last five years.

Who is John Magufuli?

The President of Tanzania John Pombe Magufuli, who is from the Revolutionary Party, is professionally a teacher and chemist.

He was born on October 29, 1959 in Chato, Kagera region, northwestern Tanzania. Magufuli received his primary education at Chato Primary School from 1967 to 1975 and later joined Lake Secondary School in Mwanza from 1977 to 1978.

The leader joined the Mkwawa Teachers College in Iringa, South East Tanzania between 1979 and 1982 where he was awarded a Master’s Degree. After graduation, he taught mathematics and chemistry in various high schools from 1983.

Magufuli did not stop there academically as he decided to further develop and join the University of Dar es Salaam from 1985 to 1988 where he was awarded a teaching degree in chemistry and mathematics. Later, he decided to concentrate on chemistry and went back to college and studied up to the medical level.

Magufuli was initially not well known until his political star began to shine when he ran for and won the Chato constituency in 1995. That same year he was appointed Deputy Minister of Works and later rose to the rank of full-time minister, a position he has held to this day.

According to neighbors living near his house in Dar es Salaam, he is a man who lives a normal life. While the children of some leaders attend high schools his children have studied in ordinary schools.

He won the presidential election held on October 25, 2015, his main rival being former prime minister Edward Lowassa of the Chadema party under the Ukawa coalition, and was sworn in as the Fifth Term President of Tanzania on November 5, 2015. 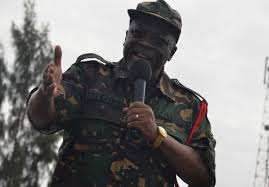