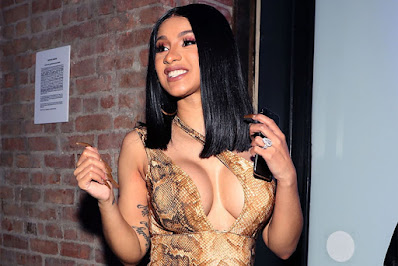 Cardi B and Offset have both shared a rollercoaster relationship that is well documented online.

Cardi B and Offset have officially called it quits, but for the few years they were together, they accomplished quite a lot both as a couple and as individuals. The rappers began dating in 2017, the same year they secretly got married. With Cardi B, an upcoming giant in hip-hop at the time with her chart-topping breakout single on constant rotation, and Offset fresh off the release of a platinum-selling No. 1 album with the Migos, the couple was a match made in hip-hop stars heaven.

September 2017: Cardi B and Offset Quietly Got Married
Offset, whose real name is Kiari Cephus, and Cardi B, whose real name is Belcalis Almánzar, said “I do” in their bedroom in Atlanta, Georgia, on September 17, 2017, unbeknownst to fans for almost a year. The couple tied the knot in private with only Cardi’s cousin bearing witness to the oath. The following month not long after Cardi would post and delete that she is ‘single’ Offset proposes to the “Bodak Yellow” rapper on stage at the Powerhouse concert in Philadelphia with a 20-carat diamond ring. Cardi later said in an interview that she was genuinely surprised by this gesture as while she expected an expensive gift since Offset missed her birthday, she did not anticipate that it would come with a $500K price tag.

Fall 2017: Offset rumored Infidelity started circulating
The couple’s relationship was rocked with infidelity rumors later that year when a video surfaced online of Offset allegedly cheating on Cardi B with an unidentified woman; another video followed in January 2018. It should be noted that while on stage soon after the videos surfaced, Cardi told fans, “I let a n***a know though… you pull that s— again, you gonna lose your wife,” but it was the first of many warnings that Offset would ignore. Cardi had to navigate a media frenzy surrounding the cheating scandal and still years after she answers to her decision to stay with him.

“It’s like everybody is coming down my neck like, ‘Why are you not leaving him? You have low self-esteem.’ I don’t have low self-esteem… I know I look good. I know I’m rich, I know I’m talented. I know I could get any man I want—any basketball player, football player,” Cardi B told Cosmopolitan.in early 2018. “But I want to work out my s— with my man, and I don’t got to explain why. I’m not your property. This is my life.” Offset got a tattoo of Cardi’s name on his neck around that time as well.

2018: Cardi B Forgives Offset, Welcomes Daughter Kulture And Release Debut Album
However, the “Bartier Cardi” rapper was not appeased, and so by March 2018, she sent out another warning shot in the form of her single “Be Careful With Me” off her debut album Invasion of Privacy. “Be careful with me / Yeah, it’s not a threat, it’s a warning / Be careful with me,” Cardi sang in the hook. The following month and after months of speculation, Cardi announced that she was carrying her and Offset’s first child together when she performed on SNL.

Cardi B released her debut album Invasion of Privacy on April 6, 2018. The body of work was a testament to their relationship and revealed Cardi’s deepest feelings about the infidelity that she publicly endured and had to defend her man about. It debuted at No. 1 on the Billboard 200 chart, which was a first for a female rap artist’s debut. It also spawned No. 1 hits on the Billboard Hot 100 like “Bodak Yellow” and “I Like It,” which are certified 9x and 8x Platinum, respectively. Invasion of Privacy is currently the longest-charting debut album by a female rapper.

In the summer of 2018, Offset and Cardi finally revealed that they had been married for months before Cardi gave birth to their beautiful daughter Kulture Kiari Cephus. Unfortunately, the couple still tackled issues with infidelity after the birth of their daughter. Women also came forward claiming to be pregnant for Offset in the thick of the controversy, and Cardi was taken to court after being indicted for alleging order a beat down on two female club bartenders – one of whom was rumored to have an affair with Offset.

December 2018: Cardi B Announces Split From Offset, Considers Filing For Divorce
Later that year in December, Cardi took to Instagram to announce that she was single again. She explained in a video that her and Offset’s relationship had not been working out for some time and hinted at divorce, which she said “might take time.” That was a fleeting thought, it seems, as just weeks later, in 2019, the couple were showing out at the Super Bowl parties and the Grammys.

2019: Cardi B Forgives Offset, Won A Grammy & Life Is Good
Cardi won the Grammy Award for Best Rap Album in 2019, and she accepted the coveted gramophone with her husband by her side, thanking him for his support (and likely the inspiration). Offset then released his solo album Son of 4 in February 2019, a Gold-certified effort that bowed in the top 5 on the Billboard 200 chart upon debut. The album featured the single “Clout” with the rapper’s wife, Cardi B, which became the most successful of the tracklist and was certified Platinum by the RIAA. In March, the couple appeared in their second music video together, following their earlier collaboration for “Lick,” which was recorded before they met in person. The visuals for “Clout” has amassed over 340 million views to date.

Offset revealed a picture of his wife in July 2019 with his name inked on the back of her thigh, bragging that he can’t wait to get home. It was indicative of where the couple was at the time int heir personal lives while their relationship faced public scrutiny. They opened up about how they dealt with the infidelity that plagued their marriage in a Vogue interview in December 2019 where Cardi revealed that she and Offset had “just came to an understanding like, bro, it’s really us against the world” after meeting with priests and praying on it. They bought a mansion in Buckhead, Atlanta that year, which marked their first monumental real estate investment together.

For a while, it really did seem that Offset and Cardi B had worked out everything, as the latter suggested in the Vogue interview. For his birthday on December 14th last year, Cardi B gifted Offset a half a million in cash after asking herself what she can give to a person who has everything. The moment was documented and shared online, which incited all kinds of positive conversations about their union and “relationship goals” tags. They seemed to had started 2020 in a good place and were nominated for a Grammy together or their song “Clout.”

Offset often shows love to Cardi B online, always saying how proud he is of his wife. This past Mother’s Day in May, the Migos rapper took to Instagram to celebrate Cardi, saying it’s “been love” since they met and thanking her for his daughter Kulture. “My kids and you help me become a better guy all around Thank You WIFE!!!!” he wrote. He gifted Cardi new Birkin bags for her collection to commemorate the occasion. In the September issue of Elle, Cardi said while her marriage has “a lot of drama,” there is also “a lot of love, there’s a lot of trust, there’s a big friendship. It’s always us against the world,” echoing her sentiments in Vogue the year prior.

September 2020: Cardi B Suddenly Filed For Divorce From Offset
While no recent public controversy seems to have hindered their marriage, there is no telling what went down in private. On September 15, 2020, Cardi B filed for divorce from Offset, citing an “irretrievably broken” marriage. Fans speculated that there was more adultery, but Cardi B has not given a detailed explanation for her decision. According to reports, she did not want to continue wasting her time. A source told People that the reason for the dissolution was that Offset has been cheating on her. Cardi B has since addressed the rumors saying there are no truth to it and that she filed for divorce because she grew tired of arguing and doesn’t think they’re seeing eye to eye anymore.

“I just got tired of f***ing arguing, I got tired of not seeing things eye to eye,” the “Money” rapper said. “I have a kid with this man, I have a household with this man…sometimes you’re just tired of the arguments and the build-up. You get tired sometimes and before something happens, you leave.”

There was also the speculation that Offset had impregnated another woman, but Cardi B’s reps have denied anything of the sort. While earlier reports claimed that the rapper wanted legal custody of daughter Kulture and child support, new reports suggest that Cardi was not aware of the terms filed for by her attorneys and is seeking no child support and wishes to amend the document to reflect that request as well as joint custody.

Cardi B and Offset were married for three years and together for almost four. During their at times tumultuous relationship, they knocked down countless accolades and accomplished so much more together, including their 2-year-old daughter Kulture Kiari Cephus. Though they did not last, it is fair to say Mr. and Mrs. Cephus shared once-in-a-lifetime experiences that were unique to their artistry.